In the mid 1980’s we were approached by Sherwood Daf Trucks who told us of the overheating problem that they were experiencing with their Daf 2100 racing Truck. The vehicle was being driven for them by the legendary Barry Sheene. This vehicle would run ok in standard track use, but Barry would slipstream the vehicle in front him, sitting 2 metres off the back that vehicle. If he remained in that position for more than 2 minutes, the temperature would start to rise into the danger area for the truck engine.

THE RADIATOR WAS GIVEN TO US TO SEE IF ANY UPRATING COULD BE ACHIEVED.

Fortunately, the standard Daf core fitted to the radiator was not the full depth of the top and bottom water tanks and we were able to build a new core with an extra row of tubes, increasing the amount of copper fin by a 20%. We also noted that the flat copper fin used in the standard gill on tube construction core was plain and had no cooling aids. We replace this type of fin with a multi louvered punched fin that turbulates the air passing through the core and gives an increased flow over the surface area of the fin.

WE CALCULATED THAT THE MODIFICATIONS WOULD IMPROVE THE COOLING 40%.

The radiator was returned to Sherwood Daf and refitted. The next time out the new radiator exceeded expectations and removed the overheating problem completely from the truck. Barry sent a message back to us through the pit engineers that read ‘’ Tell the boys that they did great ’’ I was lucky to be introduced to Barry, at a later Donington meeting, as one of the radiator Guys and he thanked me personally for the efforts of our team. When it came to payment for our modification we suggested that we did the work free of charge in exchange for a 500mm x 150mm sticker of our company name and logo, on the driver’s door of the truck just behind the wing mirror. This was agreed with Sherwood Daf Trucks. Several months later Barry gave an interview to the local television company standing next to the truck with our name and logo in full view for the whole 9 minute duration. I used to kid myself that this was a deliberate ploy of his to promote his radiator team but in reality, I think that it was most probably just a lucky coincidence. 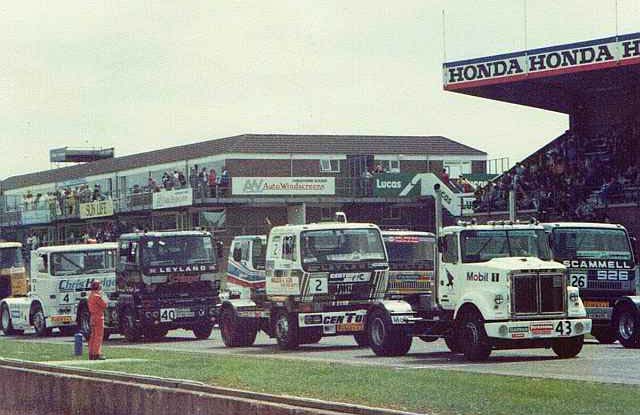 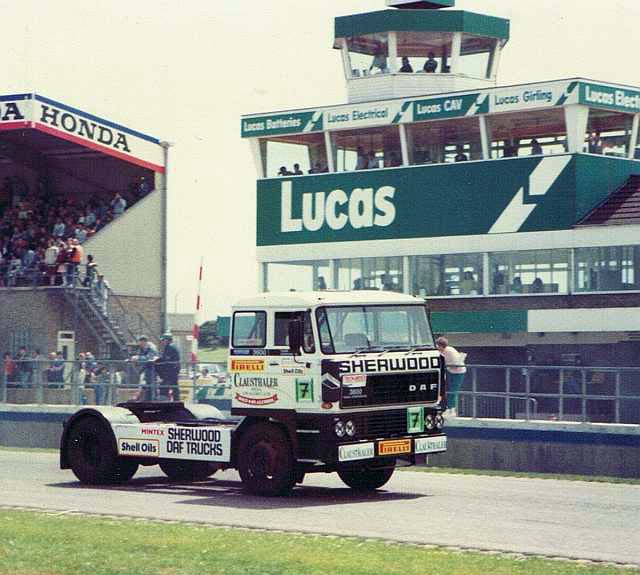