Replacement cellular film cores are still available but the complex and time consuming manufacturing process makes them very expensive with today high labour and material costs. The system below shows how a more modern higher efficiency GOT core Or Packed construction core can be fitted to the unit whilst maintaining most of the depth of the original.

The solution was to produce a core with a mini water tank top and bottom as shown here above in the right hand drawing This enabled a near full depth core to be manufactured and fitted that was able to use the complete water supply from the water tanks. The drawings below are of the water tanks fitted to the top and bottom of the modern core to enable the fitting of the cellular film core water tanks. When fitted the change in appearance is negligible, unlike the change in cost which is greatly reduced and the change in cooling performance which is greatly increased. 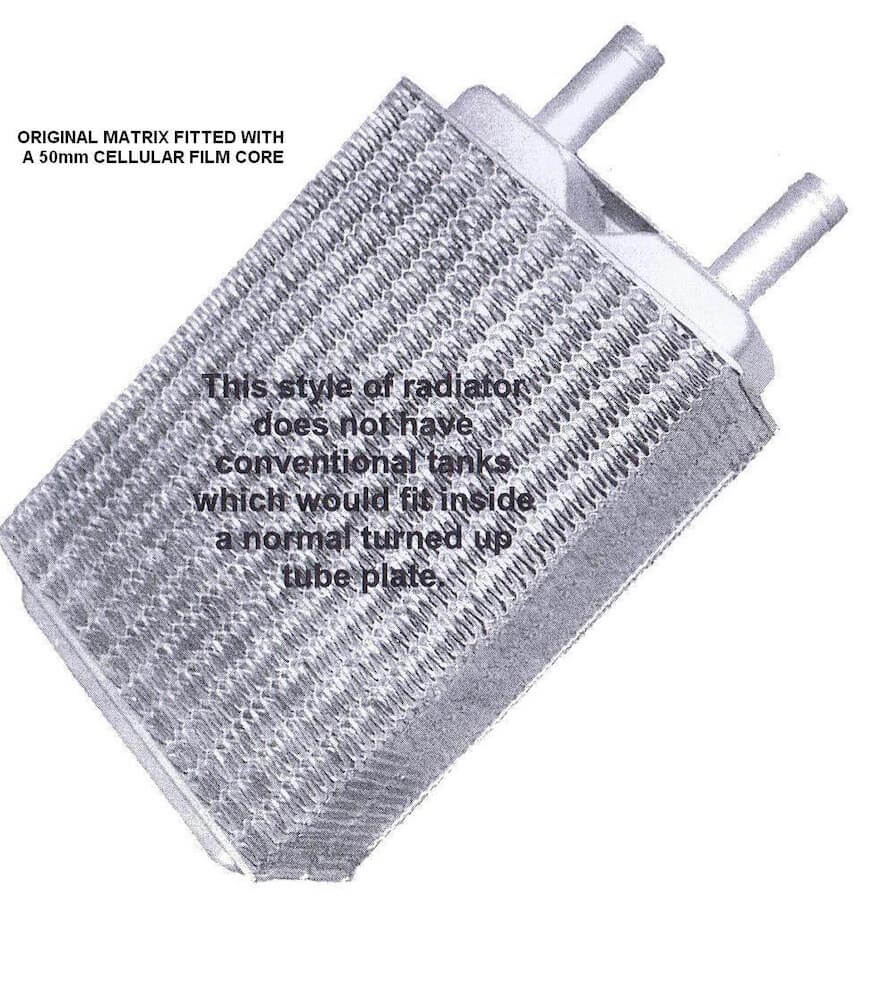 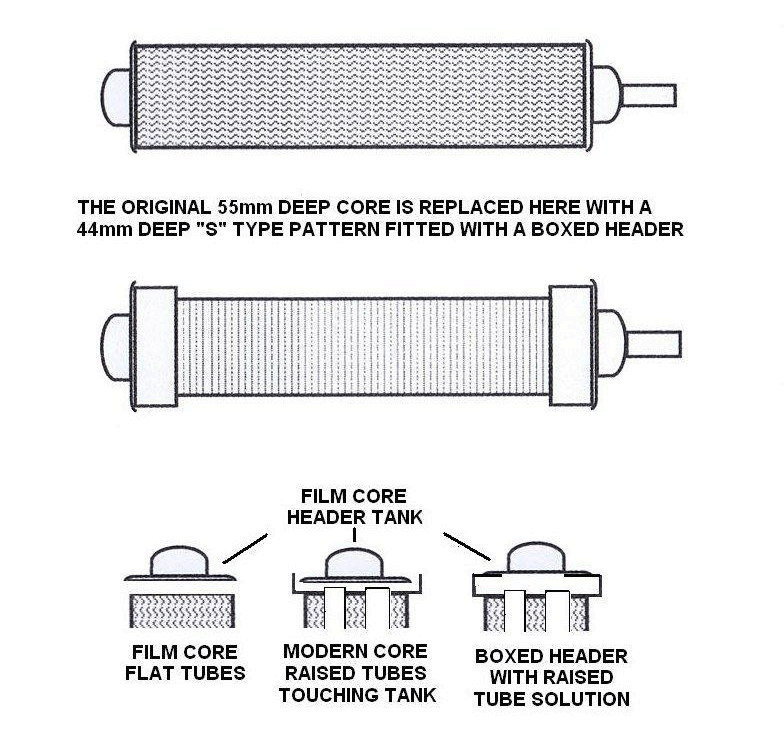