Many of the giant cranes around today, seen in places as diverse as a City building site to a North Sea oil rig, have a direct drive engine and gearbox, as opposed to an electrically operated motor. Shown below is the radiator from one such installation. These radiators need to be robust to tackle with the amount of vibration inherent in this type of machine. This radiator has steel top and bottom tanks, that are bolted onto a copper and brass core, with heavy duty steel side columns bolted on for rigidity. The radiator shown is a bolt up GOT cored type and was delivered to our workshops and was thoroughly cleaned, internally and externally.

We found that the core had rotted away over time and was now very thin in several areas. There were several leaks in the core and the tube to tube plate joints had broken down over a large area in both the top and bottom tube plates. In the light of how difficult this radiator is to fit in the installation and the reliability required from the unit, the decision was made to replace the core with a new one. When the water tanks were removed from the radiator the old core was found to be blocked with a white deposit, as can be seen on the top of the old core image.

The radiator was fitted with a Low Height Packed Construction Core and a new one was manufactured to the same sizes and specification. The side columns were renovated and fitted to the new core.

The top and bottom water tanks were chemically cleaned, sanded down and steam cleaned ready for refitting.

A layer of sealant was spread over the new core tube plate in readiness for the fitting of the gasket.

2 new neoprene rubber gaskets were cut to the pattern for the water tanks and fitted to the new core with a sealant.

The first water tank was fitted to the core and all bolt holes were aligned before inserting the bolts and tightening up.

The top tank and sides were then fitted with the remaining mounting brackets and the radiator was pressurised and tested in the test tank.

The radiator test proved the unit to be sound and was followed by the final wash down and dry off
before spray painting in black radiator paint.

Finally, the completed radiator is ready to return to our client, restored to new condition and fully warranted. 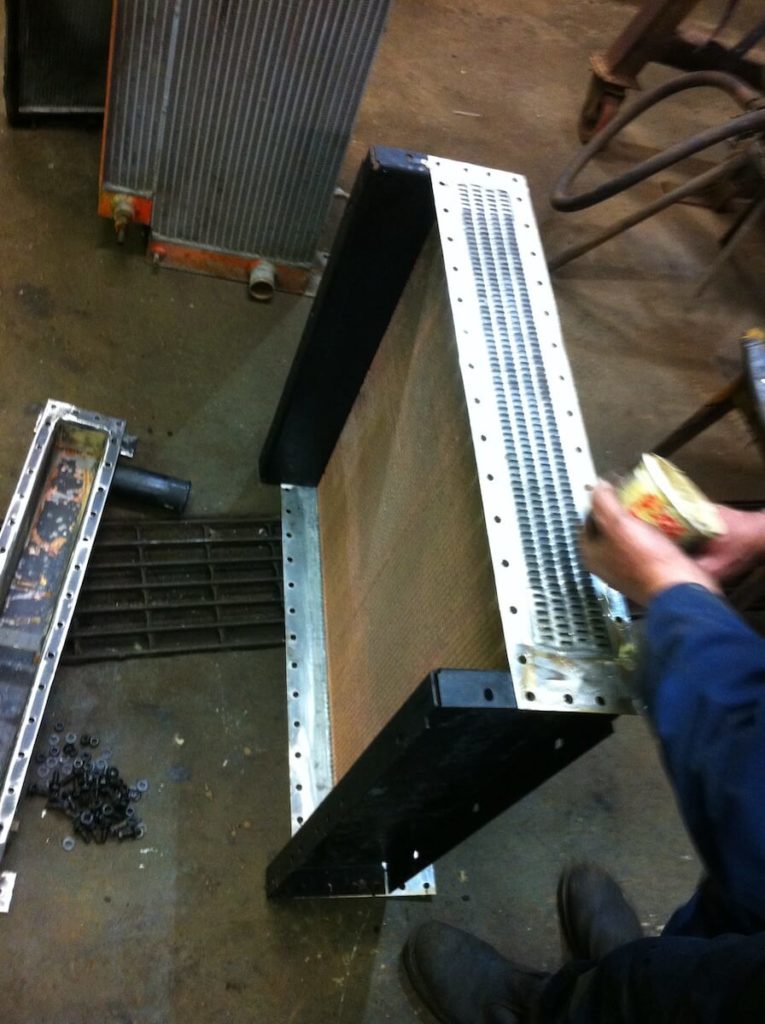 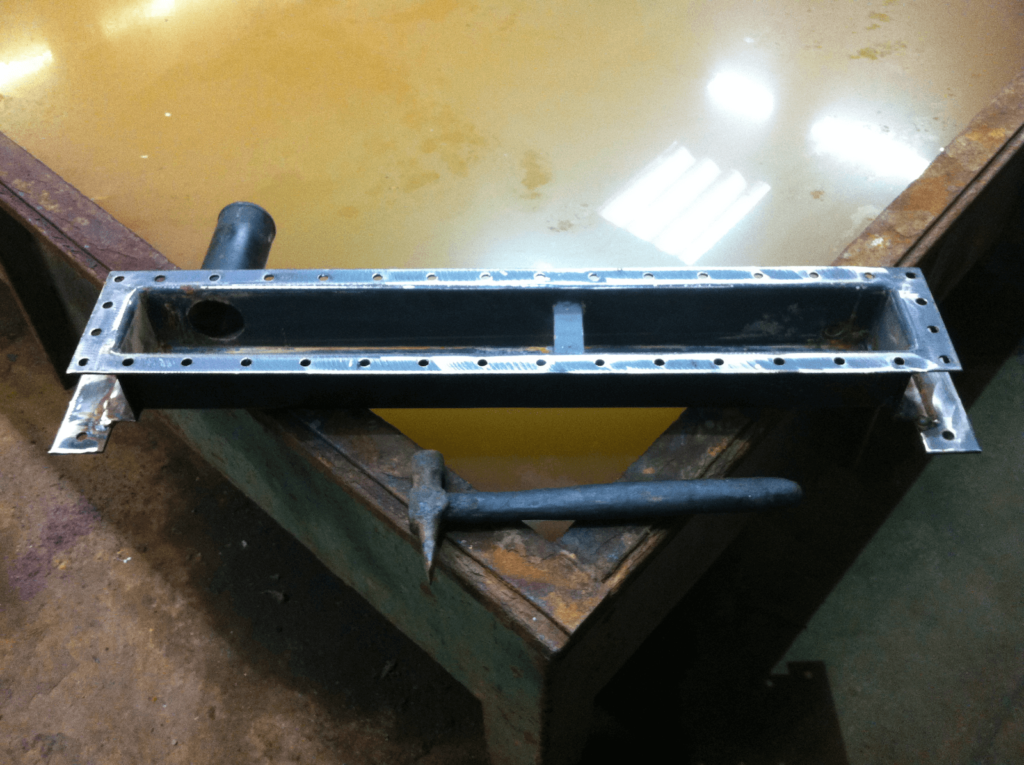 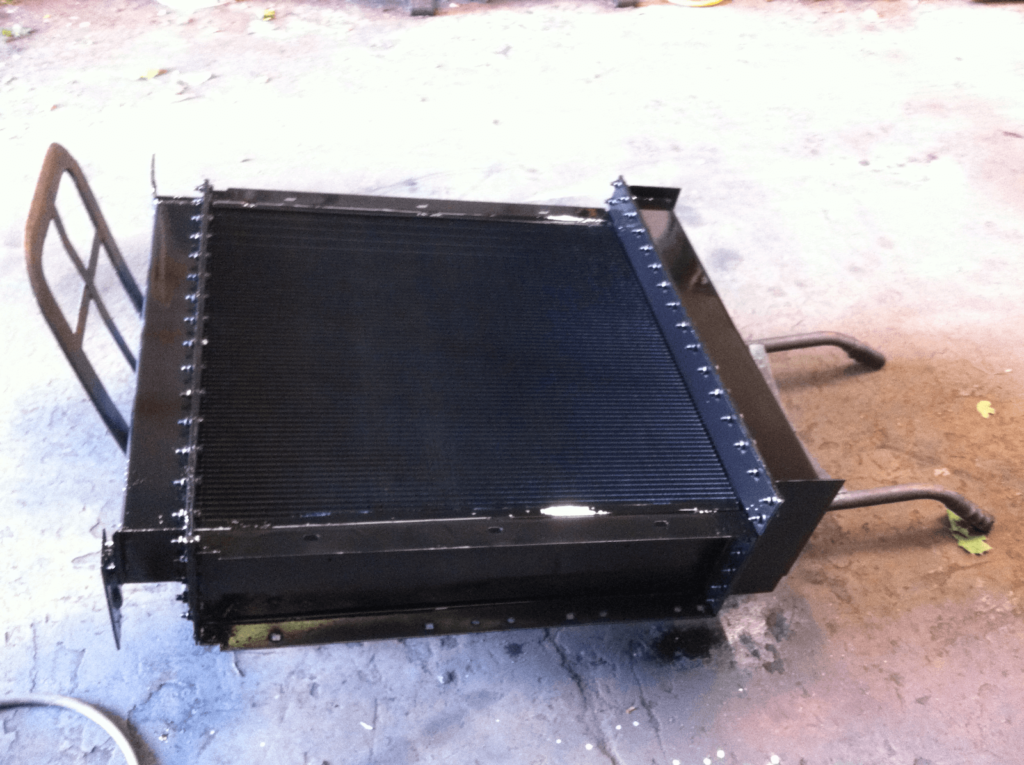 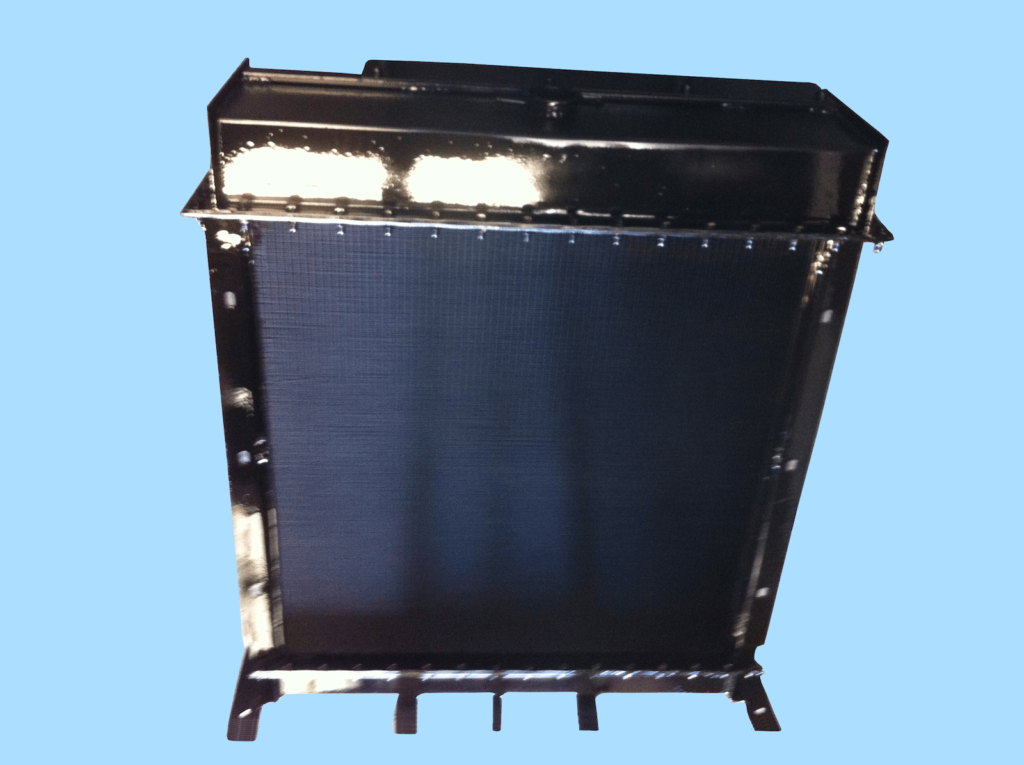 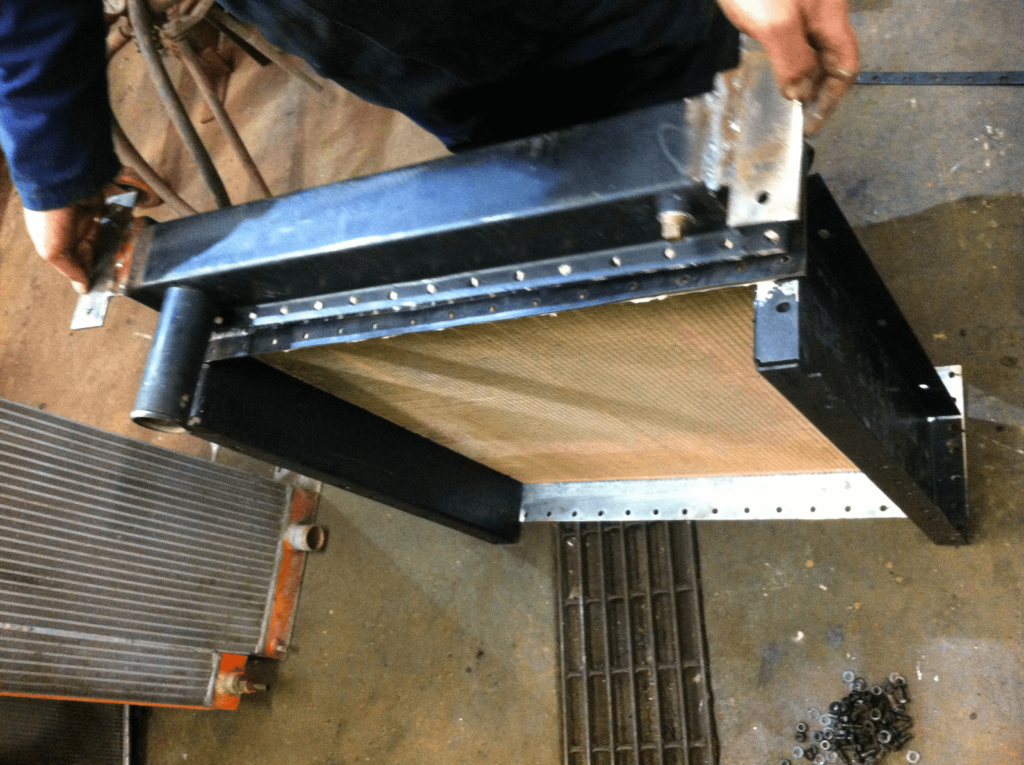 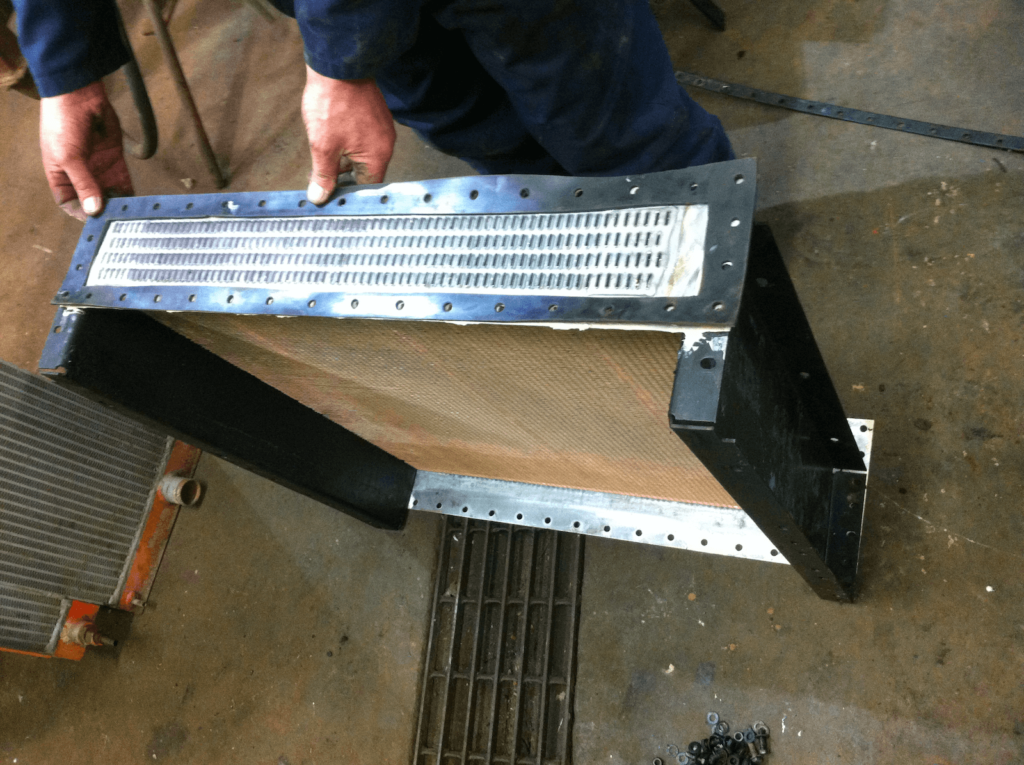 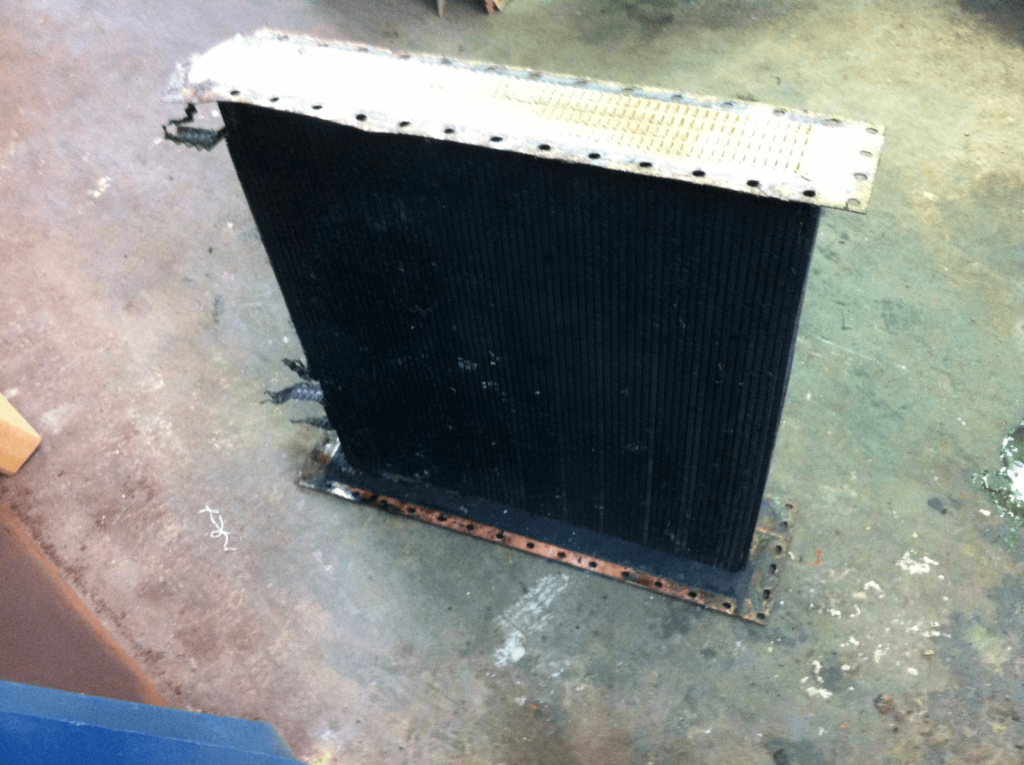 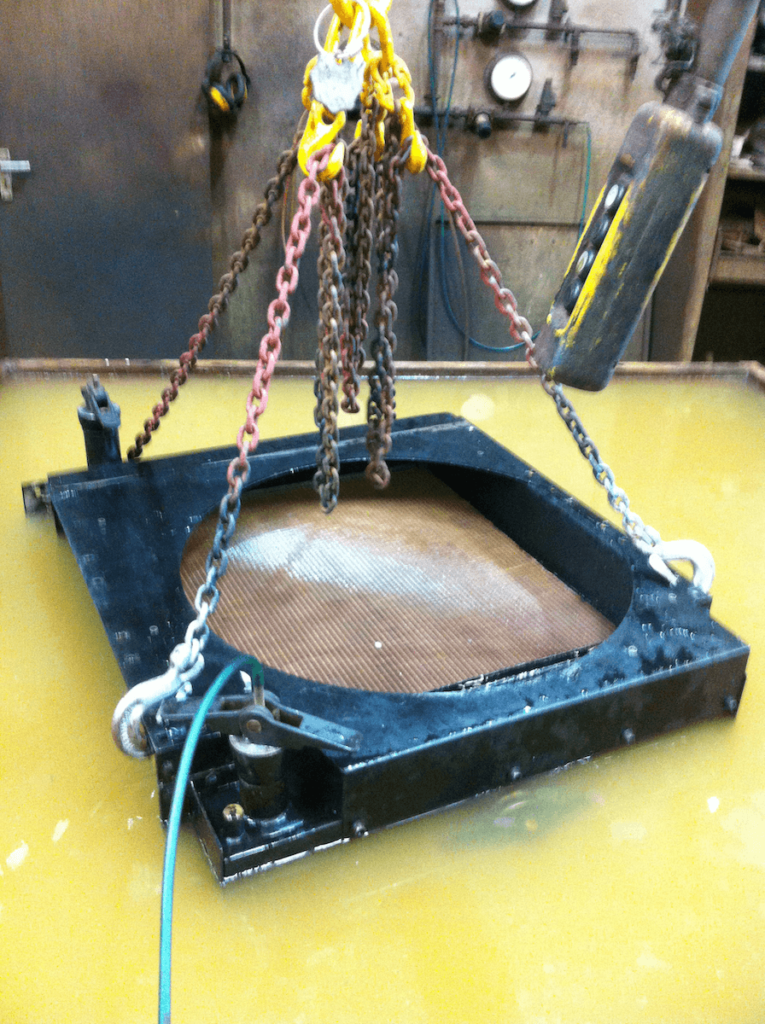 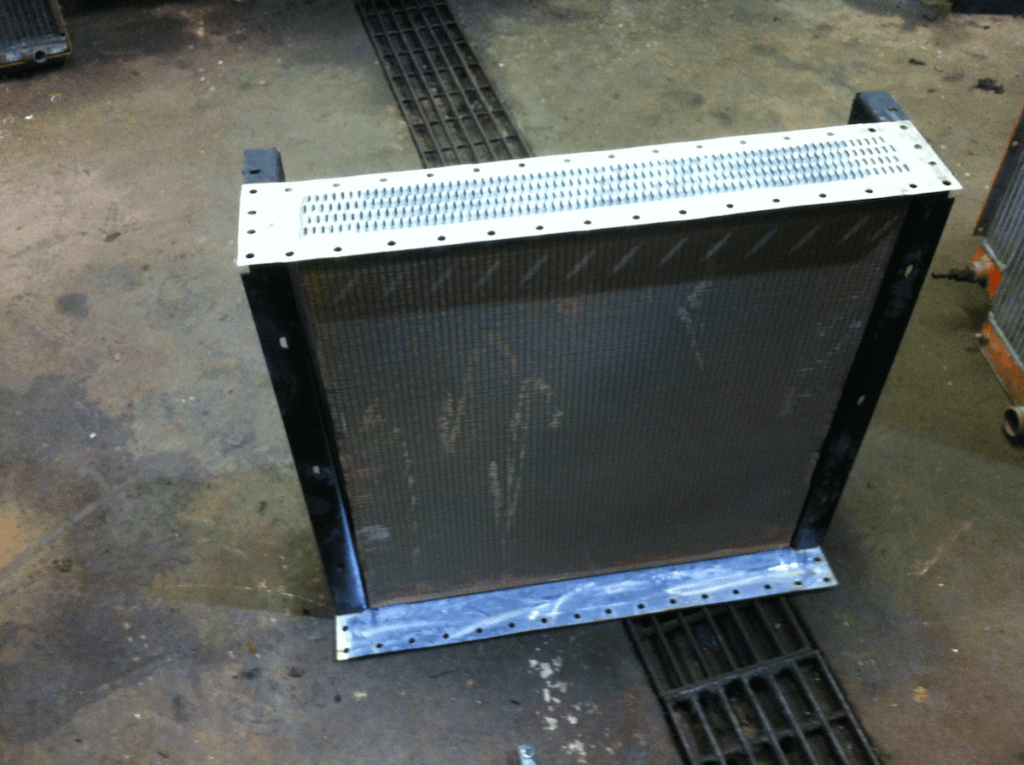