There were three types of radiator fitted to the early Lotus Elan Models, as shown in the picture to the right. The Series 1, 2 and early 3 model popularly referred to as the Marston radiator was a large, heavy copper and brass unit that was mainly supported by two threaded studs on the underside of the radiator. The next style of radiator that was fitted in the Series 3 & +2 cars was manufactured by the Coventry Radiator Co (Covrad) and was designed for the Triumph Herald, but supplied to Lotus with the heavier duty, same sized, Triumph Spitfire core. This radiator had a full width core and had an engine driven fan.

Triumph decided to narrow their Herald and Spitfire radiators and fill out the engine bay gap with 2 metal wings that were bolted to the radiator sides. Lotus followed The Triumph lead and adopted this smaller radiator on the Series 4 & +2s cars. Unlike Triumph the Lotus radiator was fitted with an electrical fan operating switch christened the Otter switch that thermostatically controlled an electric paddle fan fitted on the front of the radiator with a specially made tie bar and bracket construction.

The Series 1, 2 and early 3 radiator seemed to be bomb proof and usually only failed with old age or becoming blocked with silt.

Shown here is a completely brand new radiator manufactured by us. It is available from us on an exchange basis or as an outright sale.

Shown here is another modified unit from us that has been fitted with a 54mm multi louvred copper and brass core 13mm thicker than the original Spitfire core fitted. the depth of core is now the full depth of the tanks and brackets. The radiator is affectionately known as the “Fat Boy” and is available from us on an exchange basis or as an outright sale.

We have for several years been producing an all aluminium full width Elan radiator to fit the series 3 and 4 Elan and the series 1 +2. The original request from 2 clients was to produce a highly efficient radiator painted in black, that retained the look of the series 3 radiator. The unit is very lightweight and has a core depth of 42mm, equivalent to a deep (three core) three row. The total weight of the radiator is 3.75 kilos. It has been pressure tested to 40 p.s.i. It has proven to run cool and give a material weight saving.

Since we started to supply this unit it has been delivered both painted and unpainted, with or without filler neck, some supplied with a swirl pot, filler neck fitted to extension top middle of the radiator like the series 1 radiator and with or without sender unit and fans.

We have now supplied many of these radiators across the world. We offer the choice of having 1 or 2 Kenlowe 9” fans fitted to the front side of the radiator on proper welded on “L” shaped brackets that do not require gouging holes in the core to fit them with tie wraps. The fans are controlled with a 22mm bayonet fitting fan operating switch screwed into an aluminium threaded boss, welded onto the front face of the top tank. The radiator can be delivered unpainted ready for polishing to a mirror finish or etch primed and painted satin black. These radiators are normally sold outright sale but can offer an exchange price if the old radiator is returned.

Enjoy increased heat dissipation with reduced weight. This is a must have item for any person with a hot car and essential for someone with a competition model.

We are happy to quote you on any copper and brass, or aluminium radiator. Be it recore or full manufacture, for the sports and competition market. 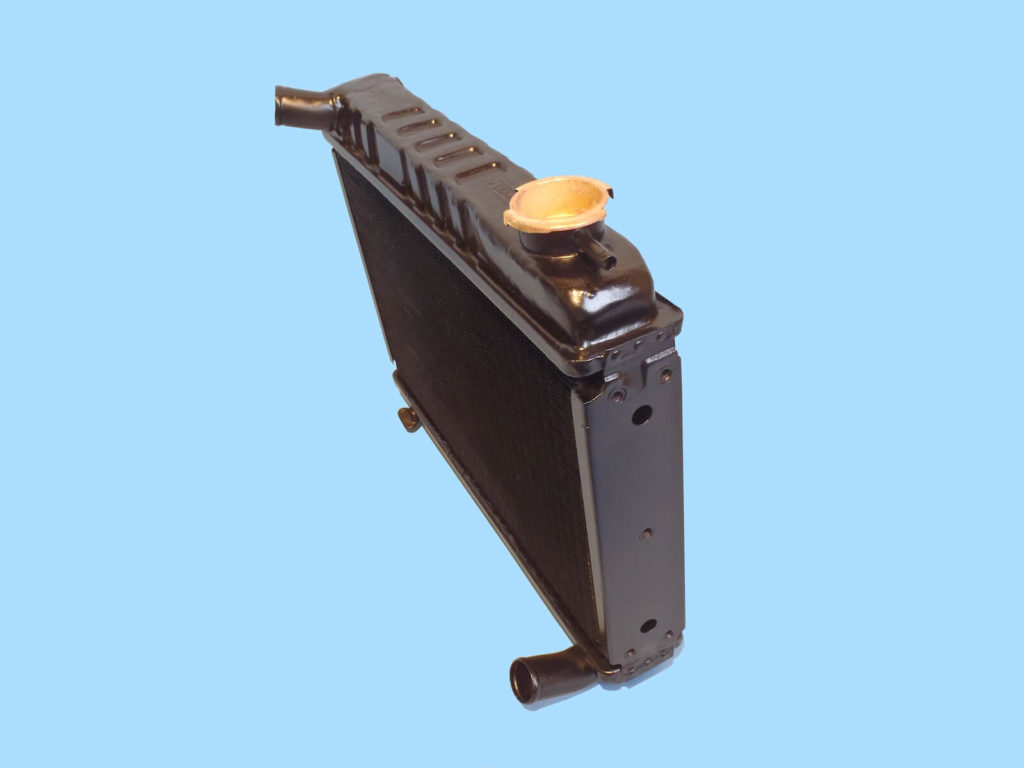 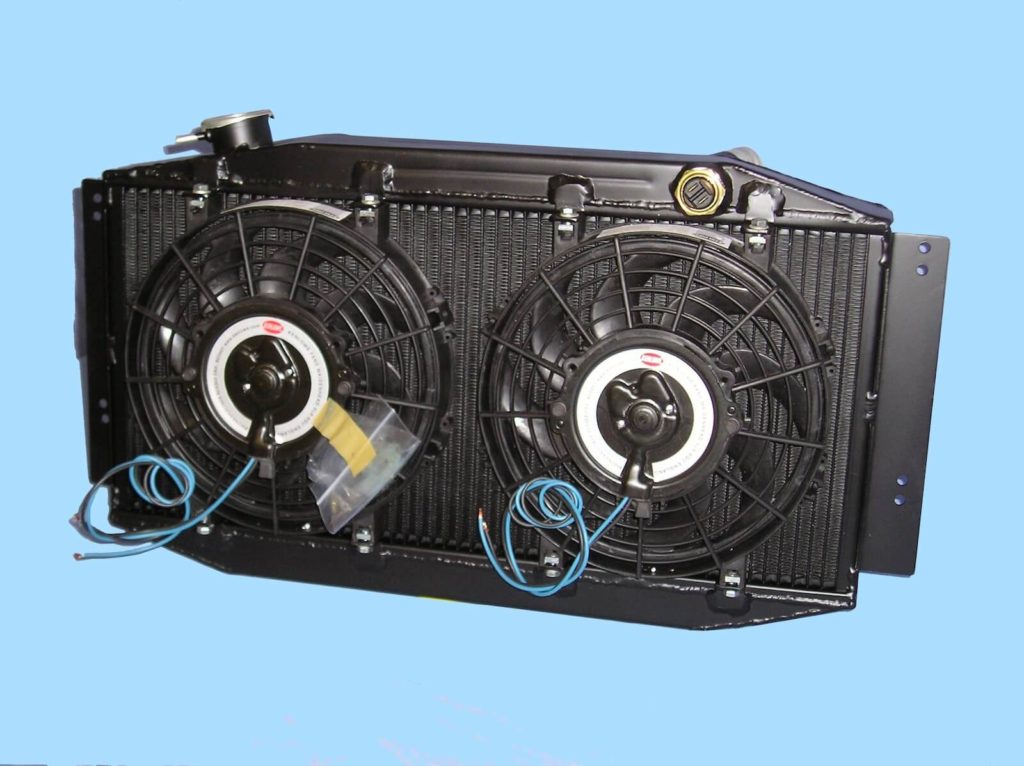