We were presented with a radiator for a Merlin Kitcar that had been fitted with a Granada 2.8 engine. We recognised the radiator to be from a Ford Capri 2.0. Our client was complaining of overheating and asked if we could increase the height of the radiator. He said that there was space for another 50mm in height. We measured the radiator on his vehicle and found that we could also squeeze a 3-row core into the existing tanks and sides whilst still clearing the water pump pulley. We decided to fit a Louvred fin G.O.T. Core to the radiator given the reputation of Granada engine as being a bit head gassy. We dismantled the client’s radiator and stretch the water tanks to be able to accommodate the wider core. After reassembling the radiator we made and fitted some angled bracket to fit the existing Kenlowe fan properly without gouging holes in the new core. A hole was drilled in the top tank, a 22mm boss and fan operating switch were fitted. The client collected his new radiator and has since been in touch to say that it is working perfectly and has solved his overheating problem. 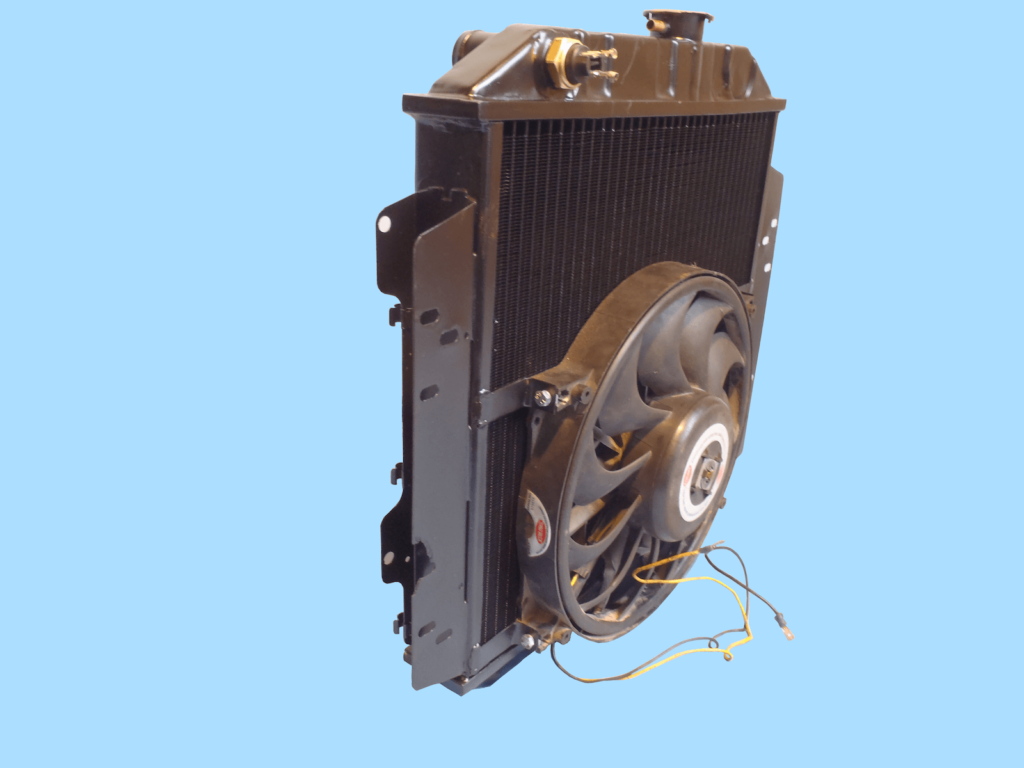